== 1.0.8 ==
* Applied the post styles to pages, so they would display Aesop components correctly
* improved the styles for widgets

== 1.0.7 ==
* fixed the chapter display issues
* added options to display prev/next posts and an option to remove chapters from the top menu bar.
* by default comments are displayed

== 1.0.4 ==
* fixed a bug with Story by not being translatable, and renamed to Written by to match index
* new filter \"genji_story_by\" to change this text 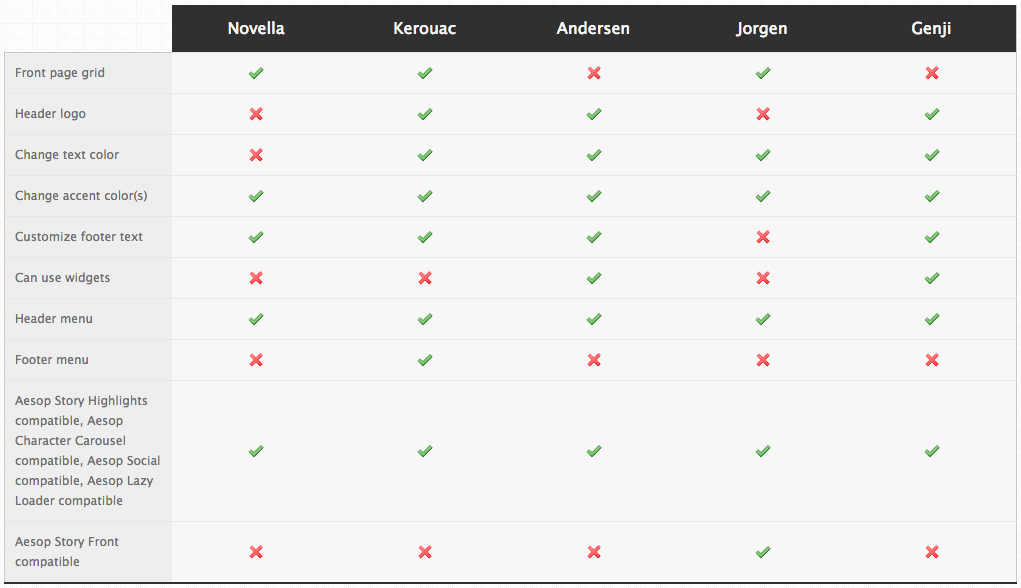 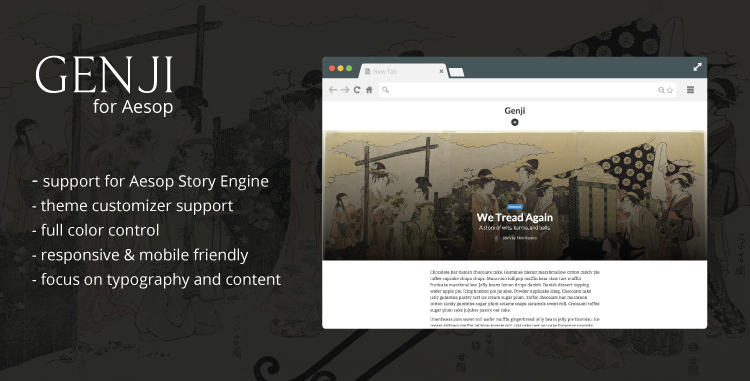 Genji Demo File (A zipped XML file you can import to recreate the Genji demo site with Genji.)

Aesopinteractive would like to present Genji, the first official theme for the Aesop Story Engine.

Genji together with ASE, enables publishers to create dynamic stories, similar to NY Times Snowfall. The Aesop Story Engine is a free download available on WordPress.org.

We’ve included the ability to install ASE right after you activated the theme within WordPress. Of course, this theme can be used without ASE just as well (although it won’t be near as cool).

Important note: Genji does not have the “story cover” feature as found on the Aesop Story Engine demo site, but does have the option for you to set the smaller featured image area for each post.