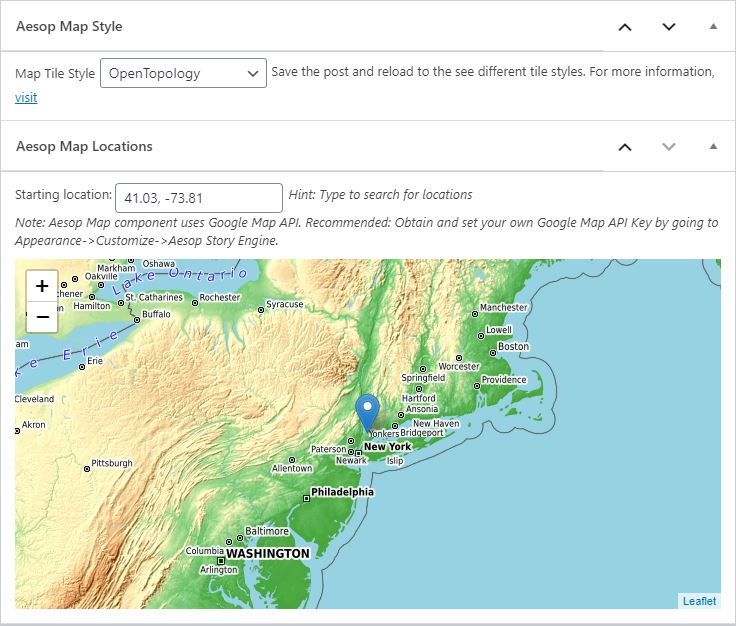 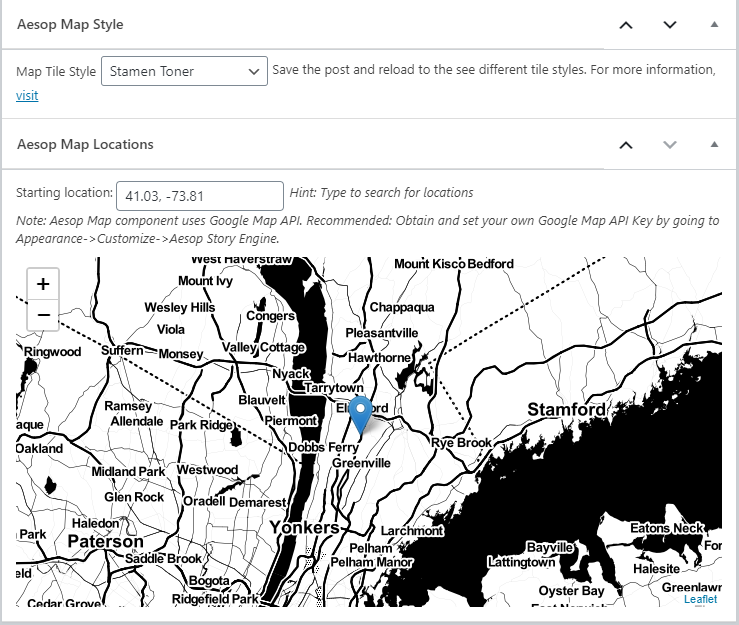 Or set a default style for the site. (Customize->Aesop Story Engine)

Note that OpenStreet, OpenTopo, and Stamen tilesets rely on public servers. MapBox servers have limited free traffic but you can obtain your own access token.

If you anticipate heavy traffic,  you are strongly encouraged to obtain and use your own Mapbox token combined with Mapbox styles, by visiting mapbox.com. 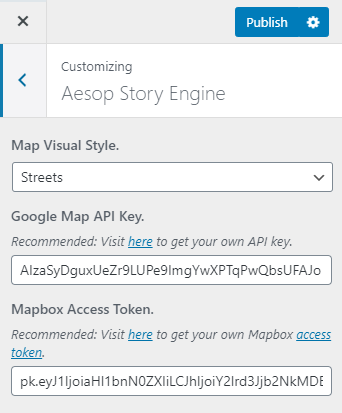